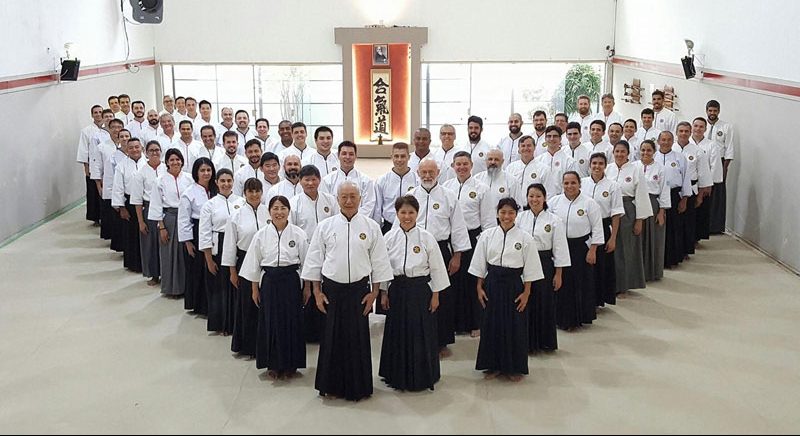 About Maruyama Institute of Aikido

The Maruyama Institute of Aikido is headquartered in São Paulo, Brazil, under the leadership of Roberto Nobuhiko Maruyama (7th Dan, Aikikai).

Its purpose is to disseminate the techniques and guidelines of the Aikikai Foundation of Japan (Hombu Dojo) under the leadership of Doshu Moriteru Ueshiba to improve health, preserve individual integrity, and improve overall quality of life. Because Aikido was created in Japan, the Maruyama Institute also teaches Japanese etiquette and tradition as it relates to the practice of Aikido. 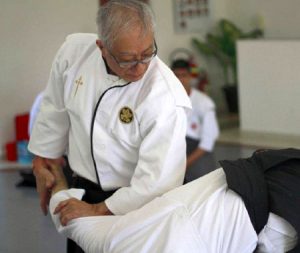 Roberto Nobuhiko Maruyama Sensei (7th Dan, Aikikai) is the founder and chief instructor of the Maruyama Institute of Aikido. He received his hachidan (7th degree black belt) in Aikikai from Hombu in January 2015. He is the first native Brazilian to receive this rank. His teachers include Masakazu Kitahira Shihan (8th dan) and Hironobu Yamada Shihan (8th dan). Before retiring from the São Paulo police department in 2013, he served as chief instructor of the Police Special Operations Group (Grupo de Operações Especiais). He has trained more than 100 police officers in self defense. He received the “Jorge Tibiriça” medal  in 2010 for outstanding services rendered to the Civil Police of São Paulo State. In addition, he has trained SWAT instructors and police officers in Miami, Orlando, and Salt Lake City, Utah.